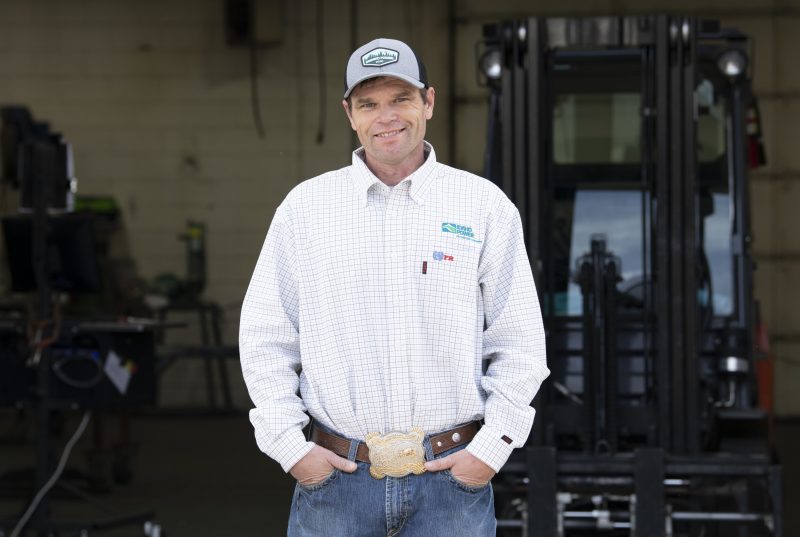 “It just seems like the right thing to do. I’ve known these people my whole life.” Casey Rowen, a Power Production Coordinator/Trainer in Hells Canyon, has lived most of his life in Halfway, Oregon, and has been a volunteer Pine Valley firefighter for 21 years. His contributions to this small, close-knit eastern Oregon community are apparent in the thousands of hours he has spent as a volunteer firefighter. That job goes beyond battling wildfires and blazes at homes and businesses. He is also a first responder for vehicle accidents (he’s trained in the Jaws Of Life™) and participates in search and rescue efforts.

Casey has been a volunteer for most of his 23-year career with the Idaho Power.  He said the company has always supported his volunteerism, and his leader is very understanding when he needs to quickly leave work to help on a call.

Casey was recruited to volunteer by his friend who was serving as the assistant fire chief. His wife also pushed him to join. “There were a lot of older guys on the team, and they were looking for younger people to get involved,” Casey said.

He spends eight hours a month training. He’s always on-call in case of an emergency, so the hours he volunteers vary each month. Although some parts of the job have changed over the years – the pager that used to let him know he was needed has been replaced by a mobile phone app – the motivation to serve his neighbors remains the same.

Read about Kim and Lisa’s volunteer work with Family Advocates