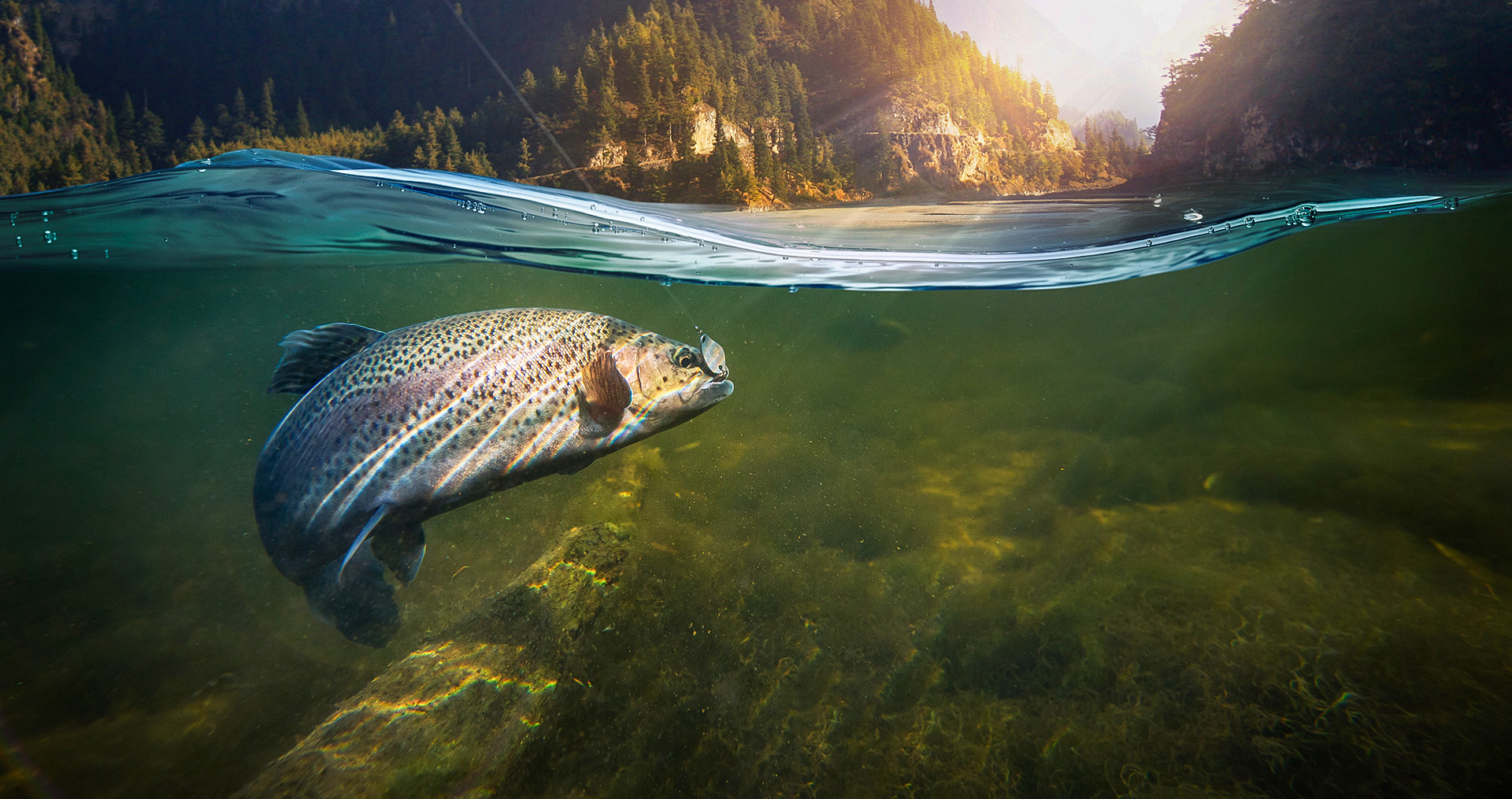 Idaho Power biologists study fish and their habitats to learn how water levels flowing from our dams affect the Snake River and the creatures that live in it. We also study water quality, snails and other aquatic species.

Fish also depend on habitat created by springs that flow into the Snake River. One example is the Shoshone sculpin, a small fish found only in springs in the Hagerman, Idaho, area. Our biologists help monitor the health of this unique fish.

Other fish we monitor include Chinook salmon, rainbow trout, bull trout, white sturgeon and warm-water fish such as bass and crappie.

The Malad River is a tributary of the middle Snake River located near Hagerman, Idaho. With its cold, clear spring water, the Malad River provides excellent habitat for rainbow trout.

Because we have two hydropower dams in the lower part of the Malad River, we have built fish passage facilities to help rainbow trout pass the dams both upstream and downstream. Computerized video equipment records fish movement and size.

Since we built these passages starting in 2008, more than 2,500 rainbow trout have used them each year to move above and below the dams.

Bull trout are a federally protected species that is important to Idaho and Oregon.

Bull trout are found in Oxbow and Hells Canyon reservoirs and downstream of Hells Canyon Dam, as well as tributaries that flow into the Snake River in this area.

We are working with state and federal agencies to create a program to monitor the health of bull trout populations. This program includes plans to improve habitat and create a passage for bull trout. This passage will allow fish to move through the Hells Canyon Complex (HCC) and connect bull trout from other rivers that flow into the Snake River. Without this passage to connect them, small populations of bull trout are more vulnerable.

Other rivers in this area that flow into the Snake River and support bull trout include:

Our biologists also monitor how river flows affect bull trout that spend the winter in the Snake River below Hells Canyon Dam.

White sturgeon are ancient fish that live near the river bottom. They are the largest freshwater fish in North America and can weigh as much as 1,500 pounds and measure more than 12 feet long.

Over the past century, overfishing and habitat reduction have reduced the white sturgeon population. In some areas, dams have blocked access to the areas where they lay eggs and limited them to river sections between dams.

In Idaho, the two largest reproducing populations of white sturgeon are below Bliss and Hells Canyon dams. Only small numbers of fish exist in the other reaches.

To support white sturgeon populations in the Snake River, we developed a program to monitor the health and abundance of these fish from Shoshone Falls downstream to the Hells Canyon reach. Our biologists regularly capture, examine and release sturgeon, using tiny electronic tags to keep track of survival, growth rates, fertility and other data.

The Fish Passage Center is paid for by Bonneville Power Administration (BPA). It provides information on anadromous fish (salmon and steelhead that travel to and from the ocean) that go through the main Snake and Columbia river hydropower systems.

Anglers can find out how many adult salmon and steelhead enter the Snake River Basin each year and how those numbers compare to past years.