Getting Power Where We Need It: Andrés Valdepeña-Delgado

Home › News › Getting Power Where We Need It: Andrés Valdepeña-Delgado

Getting Power Where We Need It: Andrés Valdepeña-Delgado 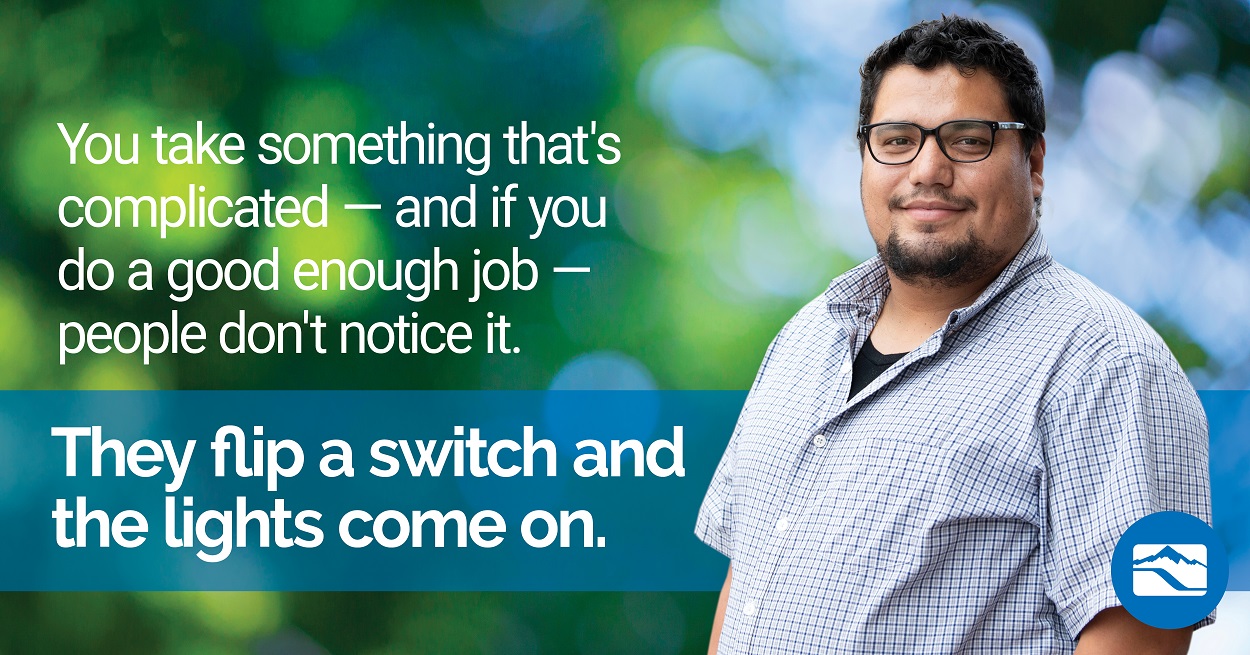 On the surface, the job of System Planning Engineer Andrés Valdepeña-Delgado sounds simple: design the best way to get electricity from the power plant to the customer. But when you dive into the details, you quickly realize what a large and complicated beast the electric grid is. Calculating how much energy will be lost during transmission and distribution, load carrying capacities for the various components, alternate paths for electricity to take, projected growth in energy demand and factoring in hundreds of other variables, is just the beginning.

”It’s complex, which is what makes it challenging. And it’s always changing,” Andrés said. “People are used to always having power, and the fact that we can keep the lights on more than 99% of the time is due to a lot of smart people who put this system together long before me.”

As part of the System Planning group, which handles 100-kilovolt (kV) transmission lines and higher, Andrés is helping to make sure that the system grows to meet the needs of our ever-increasing customer base.

“You take something that is complicated, and if you do a good enough job, people don’t notice it,” Andrés said. “They flip a switch and the lights come on.”

Growing up in Durango, Mexico, Andrés developed an early love for machines. “My dad managed a carpentry, so I worked around machinery from a young age. When I got to high school, I realized I was good at math so I decided I should do something with those two skills,” Andrés said.

He moved to Idaho to attend graduate school at Boise State University, earning a Master’s and a PhD in electrical and computer engineering. In addition to his work at Idaho Power, Andrés is also an adjunct professor at his alma mater, teaching power system analysis, smart grids, renewable energy and ways to optimize the electrical grid to make the most of new technology.

Andrés is also an avid swimmer; he has coached at three local high schools and the YMCA. In the summer he enjoys mountain biking in Boise’s foothills, where it’s easy to look down on the city and see the importance of the work he does.

“What we do is so wide in scope, it has such a big impact on the community.”